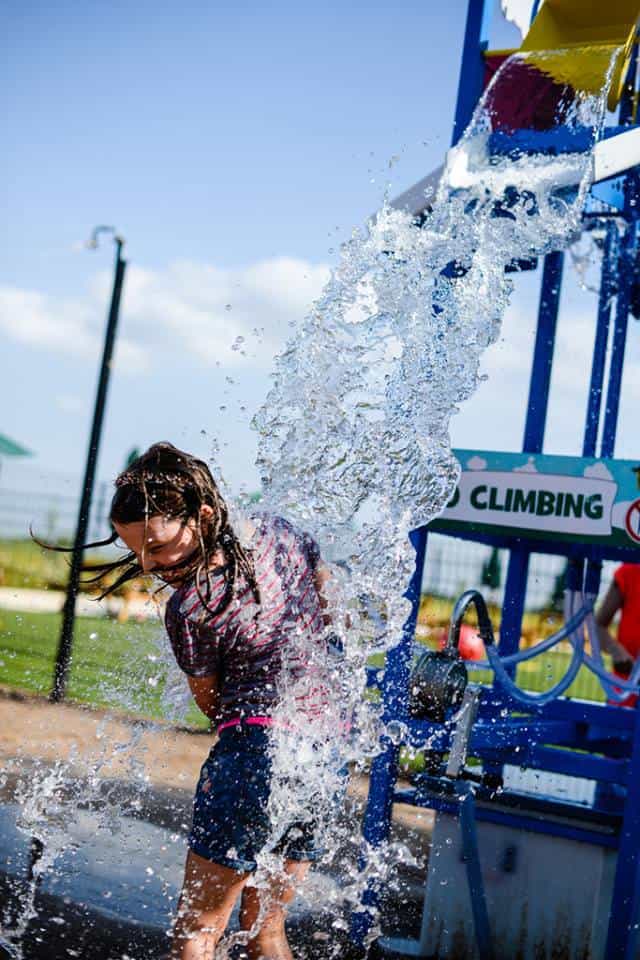 Spring Barn Farm in East Sussex and Finkley Down Farm in Hampshire bring the ever growing number of farm venues operating Inflatable Water Wars systems up to fifteen. The balloon battle game is popular worldwide and its inflatable incarnation has been particularly favoured within the farm sector owing to its affordability, earning potential and easy set up. Both sites have opted for double Water Wars units, comprising four battle stations armed with balloon catapults, ensuring maximum capacity.

Fishers Farm Park in West Sussex and Crealy Adventure Park in Cornwall have opted for the new Downpour Derby attraction which puts four participants into a race to fill water buckets above the opponent head by cranking a handle. The slowest to crank has their bucket tipped on them and is drenched. The victor is unlikely to get away dry, however, as the defeated player continues to crank in revenge!

The attraction is a welcome addition to wet play areas at both parks with Fishers opening ‘The Splash Shack’ this year. Crealy has operated an aluminium based Water Wars system for many years and has now added Downpour Derby to complement the crowd pleasing balloon battle attraction.

Park manager Simon Townsend said of the addition: ”We have spent some time watching guests enjoy the new Downpour Derby and it is clearly proving a great addition. It really complements our Water Wars game, which remains as popular as ever, and the two work very well together. In fact they have created a mini soak zone which we hope to expand on as guests are enjoying it so much.”