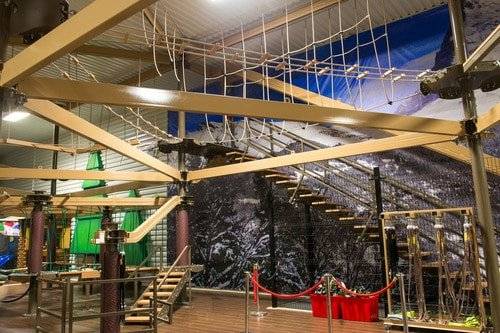 When it comes to installations, September through to Christmas is traditionally a pretty quiet time for Innovative Leisure. Whilst the regular trade shows are swelling the coffers with interesting and active enquiries for the sales guys, the installation team tend to have a quieter time of things. However 2013 seems to have been the exception to the rule with two major Sky Trail High Ropes Course installations and the planning of a third undertaken before the December festivities had even arrived.

Fresh from back to to back trade shows in consecutive weeks our installation team were up bright and early one October Monday morning to make their way across to Norfolk. Here they were to begin building the course we displayed at Leisure Industry Week in it’s new permanent home at Hulabaloo’s family entertainment centre. 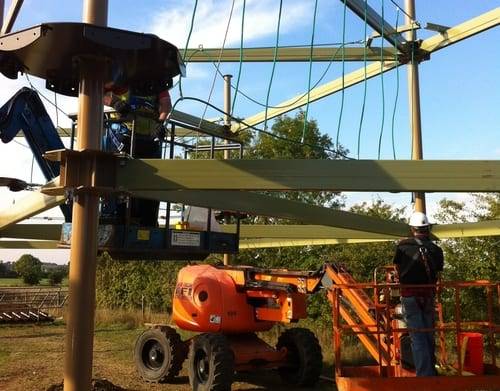 A relatively compact course, situated outdoors with a decent bit of weather is about as easy as it comes for our guys. In just three days they had the course assembled, the elements hung and both the stairs and fence in place. The final day was dedicated to the finishing work including final bolt tightening, touch ups on the paintwork and clearing the site. Job done and with training complete Hulabaloo’s were ready for half term week with their brand new flag ship attraction. 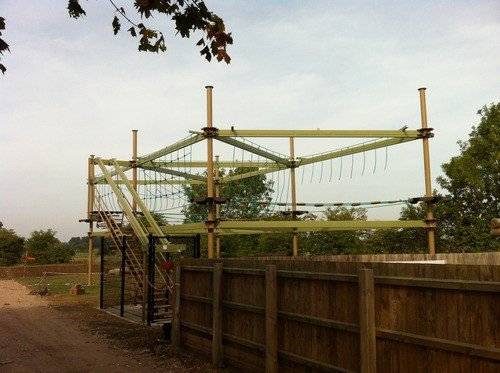 Just a few weeks later and once again the technical boys were on the road. This time heading to Belfast by way of a ferry crossing in Scotland to meet with our old friends at We Are Vertigo. We Are Vertigo purchased a Mobile Zip Line from us a year ago and having seen it prove a runaway success they naturally thought of us when looking for their next project. 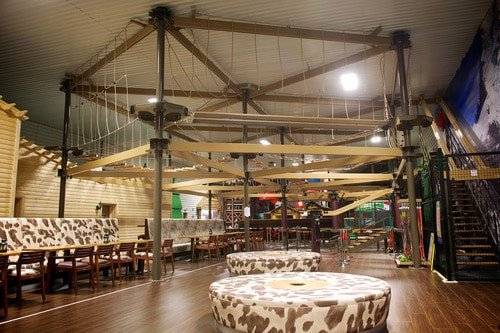 The new We Are Vertigo adventure centre is home to a Sky Trail High Ropes Course and ice themed climbing wall as well as an indoor ski simulator and soft play centre. Unlike Hulabaloo’s, space was at a premium particularly when it came to the ceiling height but not to be deterred, the team forged on to complete a fantastic looking course set at the heart of the centre. Underneath sits the Sky Tykes Junior Ropes Course specifically for the young adventurers keen not to miss out on the fun. Adjacent is the custom coloured ice climbing wall to tie in nicely with the alpine theme.

Even though the centre has been open just a couple of weeks, at the time of writing the reviews from customers have been fantastic. We Are Vertigo is building a loyal band of local customers and have announced themselves as a major attraction for the Belfast area. 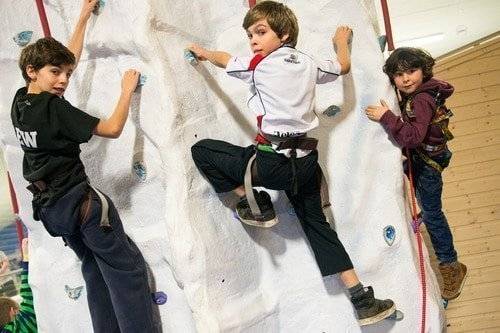 With two high ropes courses built the technical lads might have been hoping for a break but there’s little chance of that as the Sky Trail trend continues to gather pace. We’re already part way through planning the next installation which is taking place the first week after Christmas. Scarborough is the next location on the Sky Trail map and a January week working outdoors in the north of England certainly isn’t going to be for the faint hearted.

A second new course for 2014 is also booked in for installation but we’re keeping the details under our hats for now until the client makes their official announcement. It’s going to be a big one though so watch this space.