Water Wars: Cooling down your guests since 1989 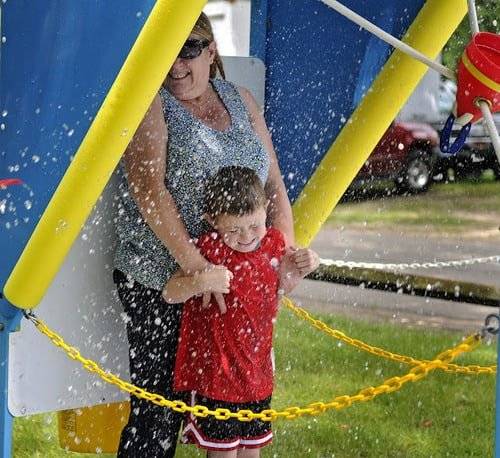 Water Wars is quite simply the world’s most popular additional spend cool down attraction and as we sit here at Innovative Leisure HQ in the sweltering August heat we can think of nothing we’d prefer to do than fire water balloons at one another. This is a sentiment shared by visitors to nearly 900 venues in over 30 countries worldwide who operate Water Wars games.

The idea for the attraction was conceived by the owner of a small entertainment complex in the U.S state of Minnesota way back in 1989. Tom Woog designed the early prototype models with the aim of creating a fun and entertaining way to help cool guests down whilst at the park.  Early systems at such locations as the Circus Circus hotel in Las Vegas were such a huge hit with guests that it soon became apparent that the game could be produced and sold as a commercial product.

As well as at hotels and theme parks in the States, the company began to supply systems in Europe with early Water Wars installations at theme parks such as PortAventura, Alton Towers and Tusenfryd. This showed that Water Wars was capable of success in a huge number of markets and sectors and that it could fit seamlessly into them to generate profits for operators.

Since the first units were put into production, many improvements have been made to the early design but the concept and popularity remains the same. Water Wars is now available in eight different sizes and designs are each tailored towards a specific type of operator or venue. There’s also the Depth Charge add on, an electric water explosion system that launched in 2006 which gave the game a whole new dimension, providing players with a target to aim at which when hit soaks opponents like never before. 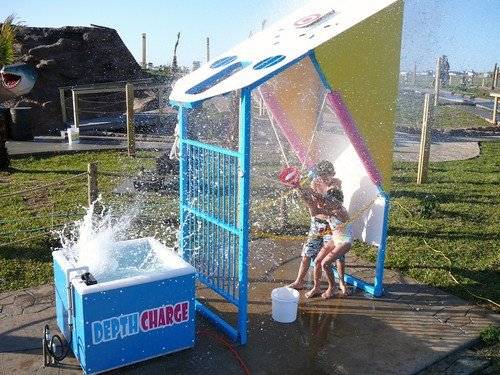 Stationary versions of the game have drenched participants at some of the leading theme parks and visitor attractions in the world where they are regularly voted as a favourite activity in customer surveys. Not bad for a secondary spend attraction that competes with the latest and greatest rides, roller coasters and attractions the industry has to offer.

In 1995 Water Wars launched its first mobile version of the game allowing mobile operators to take the game to events, fêtes, parties and pretty much anywhere where people gathered looking for fun and entertainment. Mobile operators love it as it’s so easy to set up, requires no power and there are no mechanical parts so there’s no risk of anything breaking down while they’re operating. The latest Mobile Water Wars offering is the new Inflatable Water Wars giving yet another new dimension to the way the game is played.

To this day Water Wars has remained a family owned and run company. Tom Woog has passed the business on to his son Tommy but he’s still involved with the business he created. Tommy has been involved with the company since he was a youngster so knows it inside out as well as back to front. Innovative Leisure has been working with the Water Wars team since 2000 and you couldn’t wish for a better group of people to work with. Every order is delivered perfectly, they couldn’t be more helpful when we need their assistance and their hospitality when we visit them in the States leaves you needing to loosen your belt a little for the flight home.

So why is Water Wars so successful? The answer is easy, it’s something people love to play, from the youngest child to adults who should have grown out of this type of thing. Everyone gets a kick out of firing water balloons at their friends and family. And they don’t just play once, as the loser of the first game is always itching to get their revenge so everyone ends up as wet as each other. The game is simple to play, simple to operate and the potential return on investment is fantastic.

“It’s been my pleasure to work with Innovative Leisure over the last 13 years.  Phil has assembled a great team dedicated to advancing family leisure, and it is a privilege to work together.  We’ve done many uniquely fun projects together in that time, and I look forward to our continued success in the years to come.” Tommy Woog, President at Water Wars. 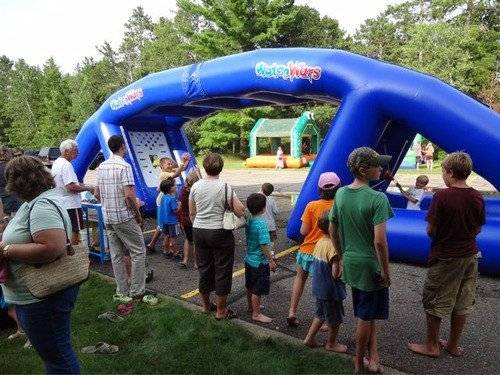